Chorus & Members of the Brooklyn Philharmonic

Michael Tilson Thomas's advocacy of American mavericks has long been a significant facet of his career. This disc offers an outstanding example of his championship of Steve Reich, whose stature among composers of his generation only continues to increase. There's a famous story of a 1973 Carnegie Hall concert with MTT participating as one of the performers of Four Organs, during which a near riot ensued, reminding some of the heated reception that attended the legendary Rite of Spring premiere in Paris. The Desert Music--given its premiere in 1984 under MTT--marks a departure for Reich from his writing for smaller groups and calls instead for a vast orchestral ensemble and chorus. This visionary cantata reflects the composer's belief that "the particular is the nub of the universal," setting lapidary but prophetic texts by William Carlos Williams, whom Reich considers the most resonant of modern American poets. MTT clearly understands how this music conveys its effect of moving not just through time but through space; he allows the score's harmonic density to coalesce into shimmering, mirage-like chords without losing sight of its complex overlay of asymmetry against regular, driving pulses. The chorus, too, is beautifully blended--sometimes imitating the iterations of percussion instruments--as Reich's musical textures oscillate between despair and hope, fire and light. "The mind is listening," says Williams, and MTT conveys its impressions with maximum clarity. 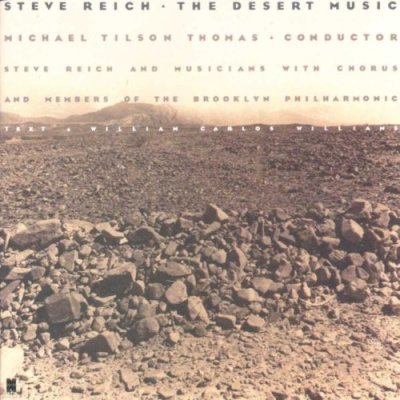