Tilson Thomas leads the New World Symphony in Dahl's Hymn (1947) and the symphonic legend The Tower of Saint Barbara (1954), the brass section of the New World Symphony pitches in on Dahl's Music for brass instruments (1944) and ace English saxophonist John Harle tackles the lead in the Concerto for Alto Saxophone (1954).

The qualities of the brass writing in Music for brass instruments should easily commend itself to university-based brass ensembles and the Saxophone Concerto -- viewed as a key concerto in concert saxophone circles -- is literally like no other; the saxophone and ripieno commingle rather than clash, and Harle does a splendid job of making the solo part sparkle. The Hymn, based on a piano piece and orchestrated by Lawrence Morton after Dahl's death, is solemn and dynamically evolutionary, taking its time over the course of 10 minutes to evolve an eloquent statement of faith. The Tower of Saint Barbara is the only purely orchestral work Dahl created; it is dramatic, quite sober, and was intended as a ballet, though it also has strong cinematic overtones. 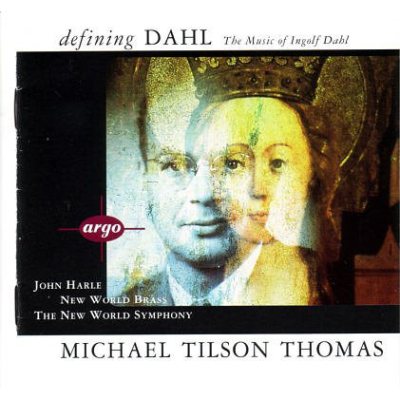