A fascinating compilation of works, both major and minor, that illustrate Stravinsky's genius interacting with an America far from his Russian roots and Parisian inclinations. Included are pieces as dizzyingly varied as arrangements of our national anthem and "Happy Birthday" to the hermetic, atonal Huxley Variations. Michael Tilson Thomas excels in all of them, conveying the immense stature as well as the icy wit of the all-too-rarely heard Agon, the raucous humor of the Circus Polka, and the jewel-like precision of the Variations. Throughout, MTT captures Stravinsky's biting rhythms and imparts an austere beauty to works such as the Variations that seem, in other hands, simply austere. He benefits from an impressive sound that reveals every detail. One of the conductor's finest discs, and essential for anyone interested in 20th-century music. 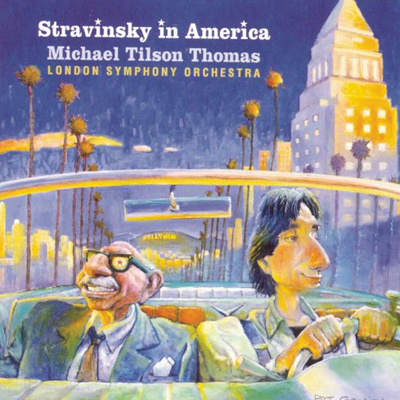