The cathartic power of music - to howl, to grieve, and ultimately to console - has never seemed so miraculous. 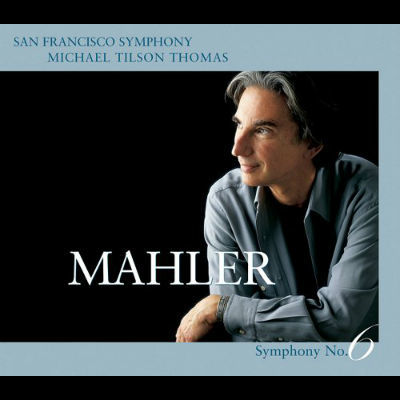 The SFS and MTT present their first recording of the complete Mahler Symphony cycle. Each of Mahler’s nine symphonies is a drama, and Michael Tilson Thomas is among the foremost interpreters of these episodes. Last fall, the SFS and MTT began their five-season project of recording all the Mahler Symphonies and the Adagio from the unfinished Tenth, live.

The first installment is Symphony No. 6. Sometimes called the “Tragic” Symphony, the Sixth shows Mahler at his most devastating, and many think of this music, first heard in 1906, as a prophecy of the horrors of the century to come. This recording was made at the SFS concerts of September 12-15, 2001, immediately following the events of September 11 and captures a passionate response to that day.

This disc was recorded using Sony Direct Stream Digital technology and released on the SACD hybrid format, featuring 4 channel Super Audio playback. It will play on all current standard CD players, as well as on Super Audio CD players. It is also available in the Symphony Store at Davies Symphony Hall and record stores everywhere.