Columbia combined two strong George Gershwin albums, "George Gershwin (1898-1937)" and "Gershwin on Broadway," on one compact disc "Gershwin: Rhapsody In Blue, Etc / Tilson Thomas". It's not a definitive Gershwin collection, but it's a strong, enjoyable one nevertheless, and is a good choice for neophytes. 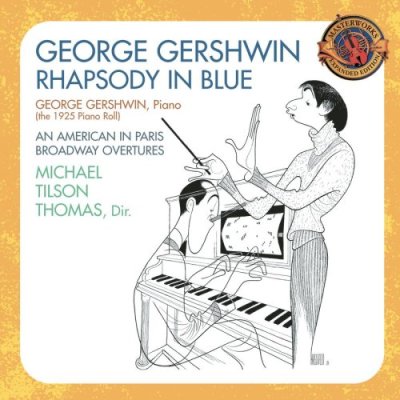 This album is dedicated to Ira Gershwin, whose faith and guidance made it all possible.

2. An American In Paris

6. Overture: Strike Up The Band

7. Overture: Of Thee I Sing