Beautifully shaped, wonderfully colored, powerfully dramatic, and lovingly lyrical, Michael Tilson Thomas and the San Francisco Symphony's recording of Mahler's Seventh Symphony is not as only as good or better than the previous seven recordings in their Mahler cycle, it is as good or better than most of the Sevenths recorded in the past 20 years. 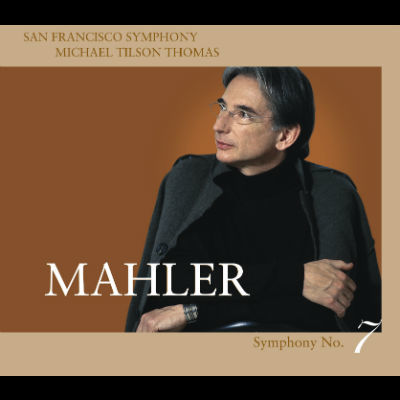 Recorded live at Davies Symphony Hall, the Seventh is Mahler at his most mysterious. Sometimes called “Song of the Night,” the work is a victory symphony, a journey from night to day focusing on the natural world. The rhythm of the opening is inspired by an evening boat ride on an alpine lake. The oars dip in and out of the river. Four different movements of spectral night scenes culminate and explode into the victory of day, light, and life for a thunderous finale. This is Mahler’s ultimate challenge to performers and a fascinating journey for listeners.