Carmina Burana is a scenic cantata composed by Carl Orff in 1935 and 1936, based on 24 poems from the medieval collection Carmina Burana.

This is a terrifically exciting performance of Orff's popular chestnut. Tempos are swift, from the opening "O Fortuna" onward. The soloists are uniformly excellent, especially Judith Blegen, whose "In Trutina" remains one of the most beautiful ever recorded. Robert Page's Cleveland Orchestra Chorus sings with musicality, enthusiasm, and superb discipline. 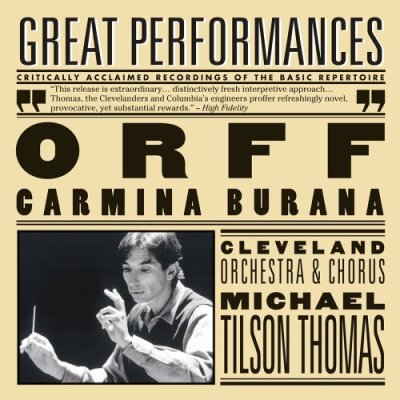 Carmina Burana is part of Trionfi, a musical triptych that also includes Catulli Carmina and Trionfo di Afrodite. The first and last movements of the piece are called “Fortuna Imperatrix Mundi” (“Fortune, Empress of the World”) and start with the very well known “O Fortuna”.