Michael Tilson Thomas and the San Francisco Symphony explore the music of Copland and the cityscapes, landscapes, and social and political developments that shaped it.

The videography is top rate, with sweeping views and trenchant but brief commentary by MTT. Not just music-oriented, the commentary delves into the social and political developments around Copland's capturing of that special American sound in concert music. 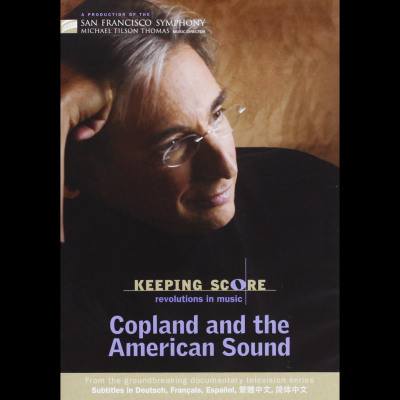 Aaron Copland’s music reflects the transformation of the American experience that took place during his lifetime. Born in 1900 in Brooklyn, he witnessed the wild confidence of the Jazz Age, the fears of the Great Depression, and the rallying of the nation as it entered World War II. His ideal was to write music that would express how it felt to live those experiences.

Copland wrote classical music in his own special way. He transformed it to capture the energy of American’s bustling cities and the vast quiet of its empty plains. He created a musical style that evoked the diversity of the American people. The sounds of Jewish music, African-American jazz, folk songs, cowboy ballads, and Latin American dances all played their parts in his compositions, which he hoped would bring people together in times of crises.

Today, Copland’s music seems comforting and celebratory. Sixty years ago it was a wake-up call that gave Americans a critical sense of their own identity.