The Complete Music of Carl Ruggles

It can also be said that anyone who says yes to American music has to own "The Complete Music of Carl Ruggles," a CD reissue (on Other Minds) of the legendary recordings by Michael Tilson Thomas and the Buffalo Philharmonic, which were originally released on two LPs by CBS Masterworks in 1980. 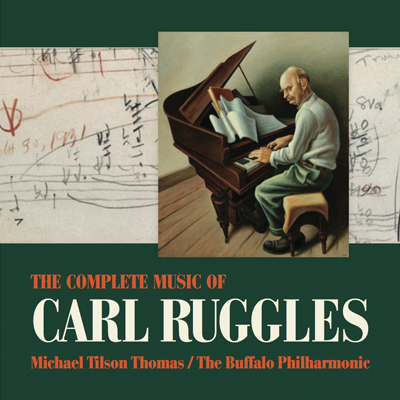 Carl Ruggles (1876-1971) was an innovative American composer who used ‘dissonant counterpoint’ to fashion a body of work both finely crafted and wrought with emotional power. For fans of Charles Ives, Henry Cowell, and Edgard Varèse, this reissue includes world-renowned conductor Michael Tilson Thomas with the Buffalo Philharmonic, the original liner notes plus a rare essay on Ruggles by Lou Harrison and historic photos of the composer.