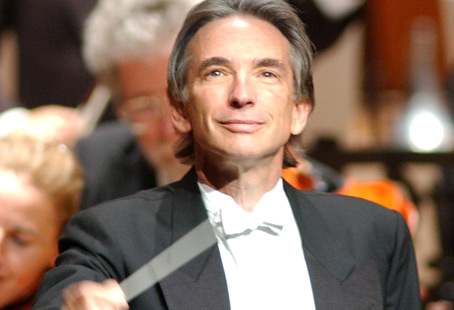 In less than two weeks, Michael Tilson Thomas and the San Francisco Symphony kick off their 20th season together with the Opening Night Gala, Wednesday, September 3. Singer-songwriter Bonnie Raitt, a longtime friend of MTT, makes her debut with the Orchestra performing selected American works chosen by her and MTT and specially arranged for the concert. Pianist Yuja Wang, who has frequently appeared with MTT in concerts around the globe, joins the Orchestra to perform Gershwin’s Rhapsody in Blue. The program also includes Stravinsky’s Scherzo à la russe, excerpts from Prokofiev’s Romeo and Juliet—a work which MTT and the Orchestra recorded in the first three months of his tenure as Music Director, and which won the SFS its first Grammy with MTT in 1996—and Tchaikovsky’s Romeo and Juliet Fantasy-Overture. Purchase tickets to the Opening Night Gala.

These opening concerts launch Michael Tilson Thomas’s 20th season as Music Director of the San Francisco Symphony. MTT and the SF Symphony’s 20-year partnership is the longest of any American orchestra and its Music Director today. “To walk into Davies on any given evening remains as vivid and unpredictable an artistic adventure in 2014 as it was in 1995,” writes classical music critic Joshua Kosman (San Francisco Chronicle). Read his article here.