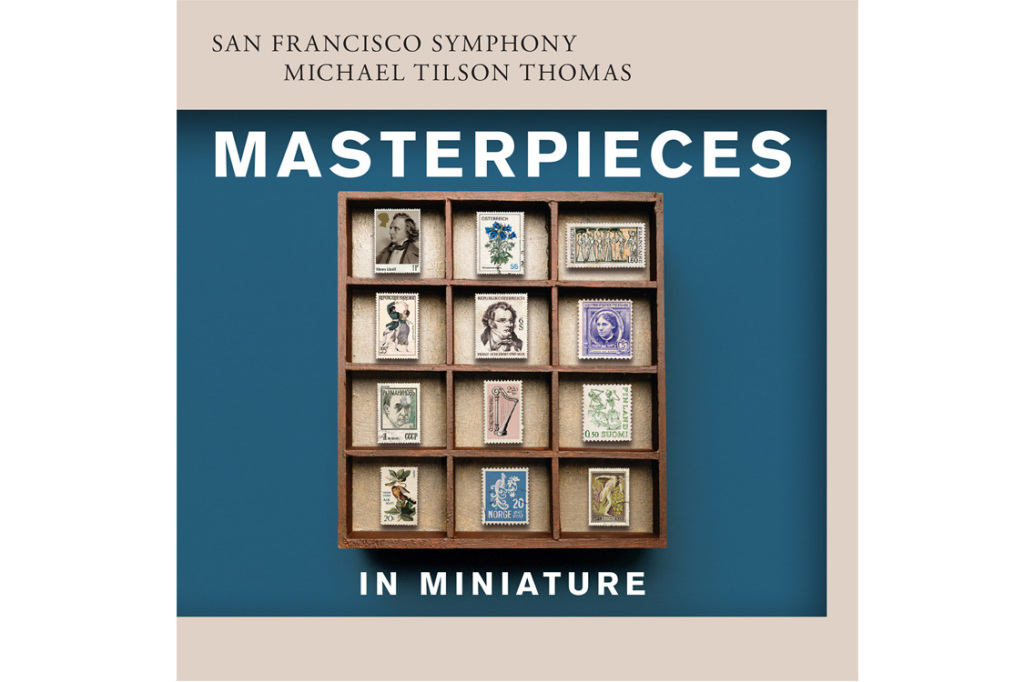 In honor of their twentieth season together, Music Director Michael Tilson Thomas and the San Francisco Symphony releaseMasterpieces in Miniature, a collection of short orchestral works, on the SFS Media label.

Pre-order the album as a digital download from iTunes

Pre-order the CD from the SFS Store

“The short pieces in this album exist in various versions,” says MTT about the album. “Many began as piano pieces but were, except for the Ives, orchestrated by their composers. They were often played as encores by musicians who took special delight finding the most personal way of presenting them. This recording pays homage to the tradition of these pieces. It marks the beginning of my twentieth season as Music Director of the San Francisco Symphony and my seventieth birthday. On these occasions, I wanted to give a present to our whole San Francisco family and to our listeners everywhere. What better way than to fashion a garland of these charming pieces? Playing them is now nearly a lost art. The musicians and I have taken a wonderful voyage in creating these performances, which are a mixture of my musical memories and the imagination and virtuosity of my colleagues.”