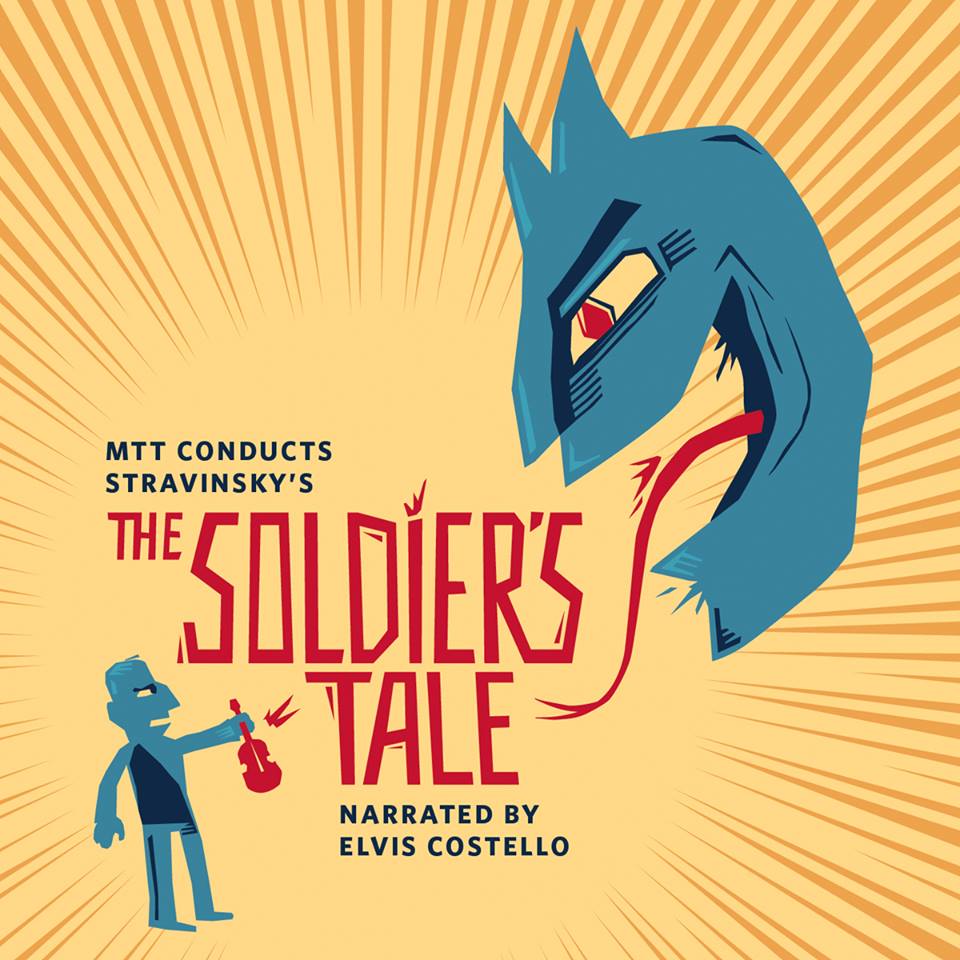 Music Director Michael Tilson Thomas leads the San Francisco Symphony in performances of Stravinsky’s L’Histoire du soldat (The Soldier’s Tale) with Elvis Costello as narrator, January 16 to 18, 2015 at Davies Symphony Hall. MTT and the orchestra open the program with John Adams’s Grand Pianola Music, a work written for the SFS and premiered by the ensemble in 1982.

The performances of Grand Pianola Music feature pianists Orli Shaham and Marc-André Hamelin and vocalists Synergy Vocals and will be recorded for future release on SFS Media.