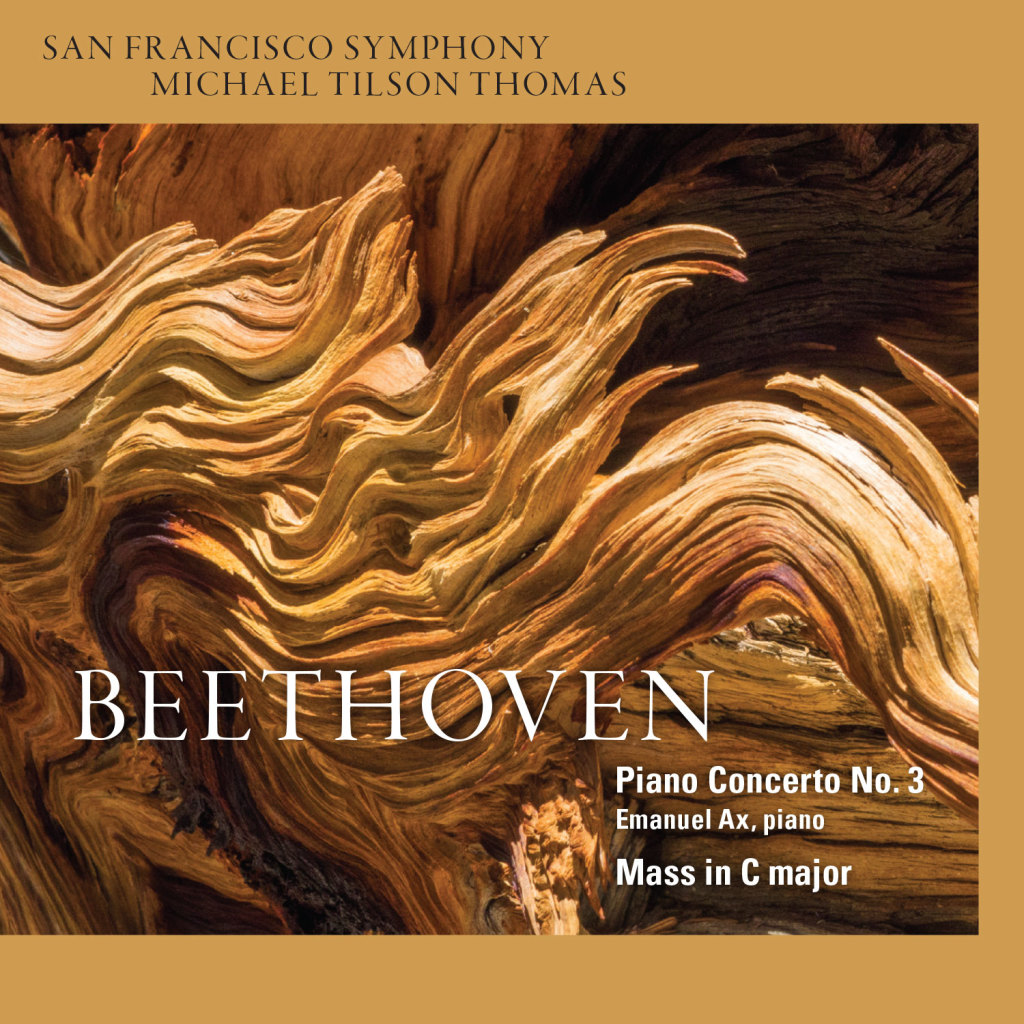 Add the album to your library right now.

“One of the selling points of the splendid release by Michael Tilson Thomas and the San Francisco Symphony is that the performances here — of the Third Piano Concerto and the Mass in C — are not only beautifully done but cast both pieces in a comparatively different light,” writes Joshua Kosman in his review. “The result is one of the finest recent additions to the Symphony discography.”

The release continues an exploration of the music of Beethoven by MTT and the San Francisco Symphony. Included in their catalogue are recordings of the composer’s Piano Concerto No. 4 with Emanuel Ax, Symphony No. 5, Symphony No. 9, Cantata on the Death of Emperor Joseph II, and Leonore Overture No. 3. They have also released the documentary “Keeping Score: Beethoven’s Eroica.”