Michael Tilson Thomas and the San Francisco Symphony release an exhilarating album of composer Mason Bates’s large-scale works for orchestra and electronica. Hear the first-ever recordings of his colossal Liquid Interface and the SFS-commissioned The B-Sides alongside Bates’s supercharged work, Alternative Energy. One of the most creative and ingenious synthesists of our time, these works show Bates reimagining the dimensions of symphonic music by integrating jazz, techno, drum-n-bass, field recordings of a FermiLab particle collider—and more.

This is new music as you always hoped it would be—exciting, beautiful, surprising, and full of a vivid sense of discovery. 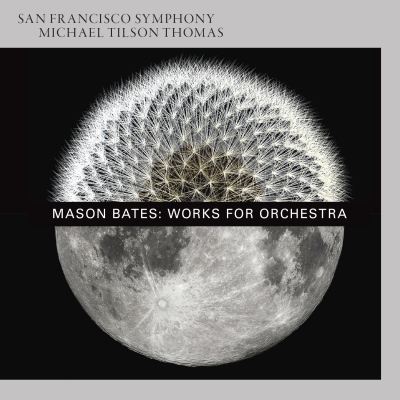 Michael Tilson Thomas and the San Francisco Symphony’s live concert recording of works by Bay Area composer Mason Bates was nominated for a 2017 Grammy® Award early December in the category of Best Orchestral Performance. MTT and the SFS have championed Bates’ works for over a decade, evolving a partnership built on multi-year commissioning, performing, recording, and touring projects.