Excerpts of Michael Tilson Thomas' composition "Poems of Emily Dickinson" are performed by Lisa Delan and the Orchestre Philharmonique de Marseille alongside other Dickinson-inspired pieces by Aaron Copland, Jake Heggie, and Gordon Getty.

Originally I thought of calling this cycle Short Poems of Emily Dickinson, since I deliberately selected shorter poems, and specifically short poems that had an acerbic or wry cast to them. I appreciate the range of her poetry, but what you hear quoted, and what composers seem most drawn to set, are nearly always what you might call her “touchy-feely” poems. As a result, people often overlook the fact that there are a lot of sardonic, bitter, quite cutting observations in her poetry. I wanted to focus on more of that aspect of her work, on its ironic quality, on its social criticism—and also on the sense of appreciation for just being alive, which is so much a part of her work. Dickinson is really a remarkable figure. Somehow her isolation gave her the essential distance to be able to see things clearly, to perceive reality and the essential nature of things. Such qualities are enduring. 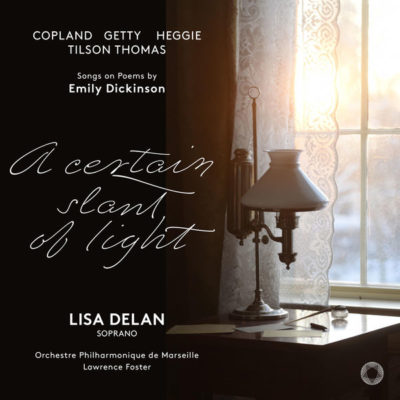