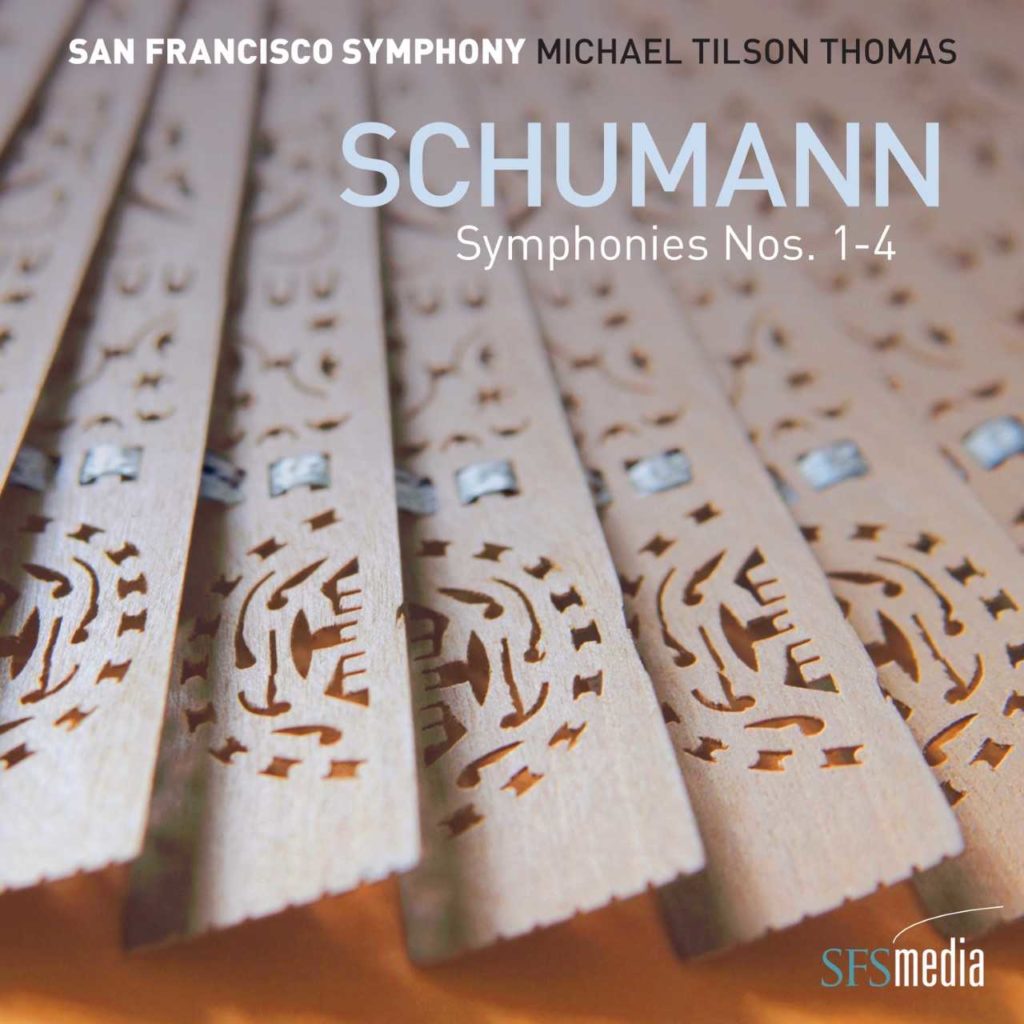 “Like so much classical music, Schumann’s is a preserve for endangered emotions,” says MTT. “He’s talking about wistfulness, whimsy, ardency, longing, setting off recklessly in conflicting directions, losing your way, or just mulling things over… Schumann moves between many sound worlds in these symphonies. Some sections are truly massive and proclamatory. Other parts are soloistic or chamber-like.”

Recorded live at Davies Symphony Hall over the course of the 2015/16 season, the album spotlights Schumann’s orchestral masterpieces and will be available as a double-disc SACD and for streaming and download.

“My approach to Schumann—and to the whole standard repertoire—is to vary the number of musicians playing at any given time,” MTT continues. “According to the musical situation, the orchestra might morph from a large ensemble to a chamber orchestra, and vice versa … We approached these symphonies from the point of view of Schumann’s piano music, with all its color, unusual effects and voicings. And I wanted these symphonies to sound as though they were being played on the piano, with free and spontaneous turns of phrase and color, and with the music’s wonderful sense of breathing—the way people breathe, sometimes deeply, sometimes with little emotional gasps…I hope these performances suggest a different way of thinking about this repertoire, especially as it prioritizes the tender, simple, and vulnerable side of the music. Although the music is very personal, it feels universal. Schumann’s symphonies are about all of us.”

You can discover the album today

“…live performances of the Schumann symphonies of extraordinary robustness, lyricism and interpretive depth … There are surprises and revelations in abundance, from the combination of elegance and urgency in Thomas’ reading of the First Symphony to the big sweeping gestures and expressive clarity of the Fourth.” –Joshua Kosman, San Francisco Chronicle