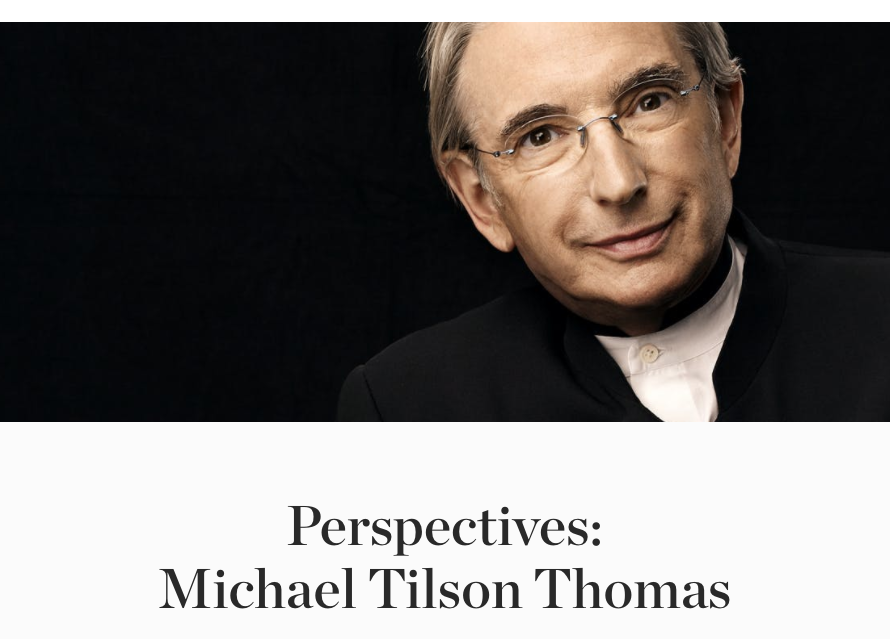 Michael Tilson Thomas leads four orchestras over seven concerts in the 2018/19 season for his second Carnegie Hall Perspectives series, reflecting a multifaceted career and a commitment to shaping the future of music. The series will highlight music by composers he has championed throughout his career, world premieres by Ted Hearne and Julia Wolfe, plus the New York premiere of his original composition Four Preludes on Playthings of the Wind.

“I think about the great masterpieces as being like national parks,” says MTT. “We revisit them at different times of our lives, in the company of different people, and this changes the nature of the experience. The pieces themselves are preserves for endangered emotions – all the wonderful, wistful, and ardent feelings that music contains.”

Perspectives will launch in July 2018 as MTT takes the stage to lead the National Youth Orchestra of the United States of America at Carnegie Hall. They subsequently embark on a tour of Asia with pianist Jean-Yves Thibaudet.

MTT opens the Carneige Hall season with the San Francisco Symphony, Renée Fleming, and Audra McDonald on October 3. On October 4, he conducts the SFS in an all-Stravinsky program that features violinist Leonidas Kavakos.

MTT returns in March 2019 for two performances with the Vienna Philharmonic that spotlight the music of Ives and Mahler and a performance by pianist Igor Levit.

MTT’s Perspectives series concludes in May 2019 with the New World Symphony, which will see NWS alumni and current fellows unite with longtime collaborator Yuja Wang plus the New York premiere of MTT’s Four Preludes on Playthings of the Wind.

This Perspectives series celebrates MTT’s over 100 performances at Carnegie Hall following his debut with the Boston Symphony Orchestra in 1969.