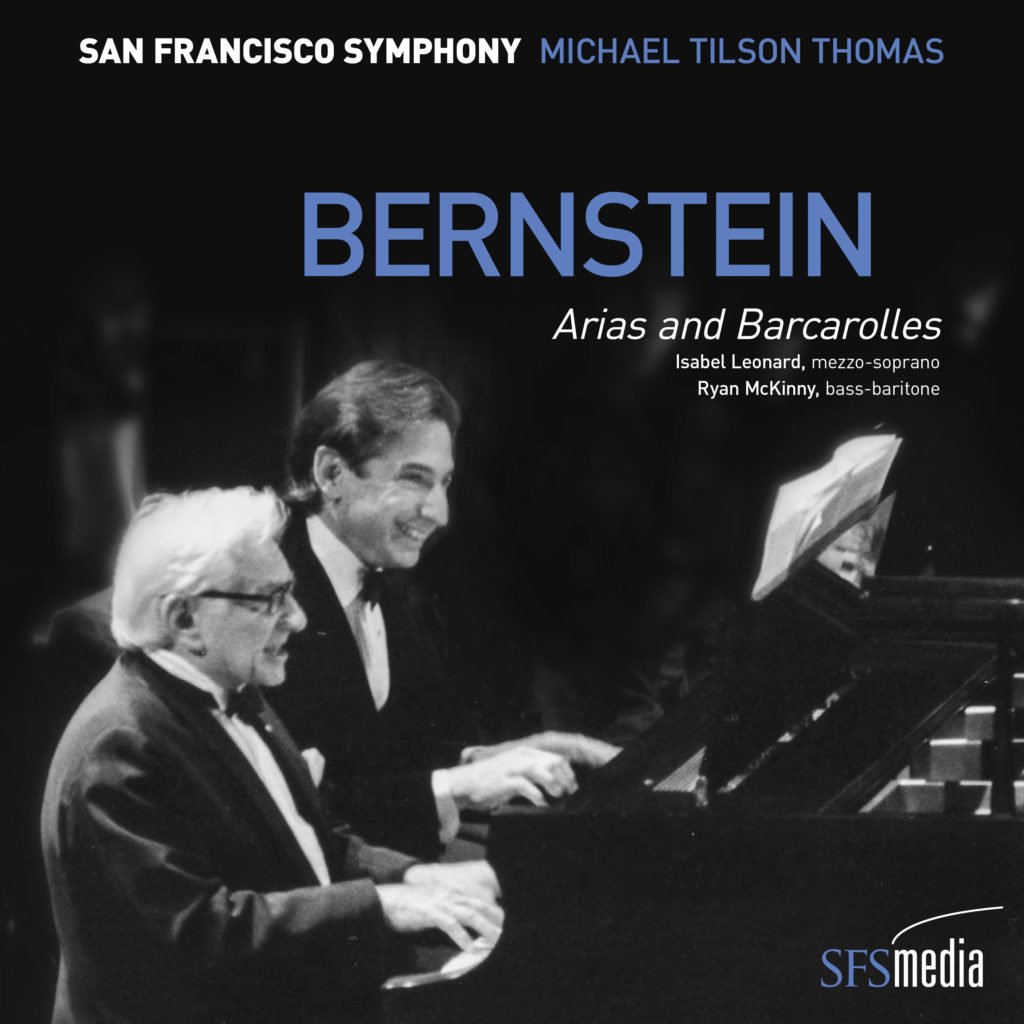 “Reflecting on the world’s season-long celebration of Bernstein’s centennial,” says MTT, “it occurs to me that this performance of Arias and Barcarolles speaks far more eloquently than any words I might offer. It illuminates what he was actually like and shows the range of his omnivorously curious, confrontational, and generous spirit. It delights and challenges us at every moment.”

With Bernstein, MTT premiered the work in its original version for piano four-hand and voices in 1988 in New York City. This new version, recorded live at Davies Symphony Hall in 2017, features an orchestral arrangement that is, according to MTT, “everything Bernstein would have wanted it to be.”

In this performance, MTT notes that “Isabel and Ryan uniquely and remarkably capture what I know was the spirit of this piece from the moment of its creation. Their voices allow them to sing at times a bit on the pop/Broadway side, and at others on the really big classical side. They do so effortlessly and infectiously, and to me, it is exactly what Bernstein was seeking in an ideal performance of this music.”

Discover more about the recording and listen today