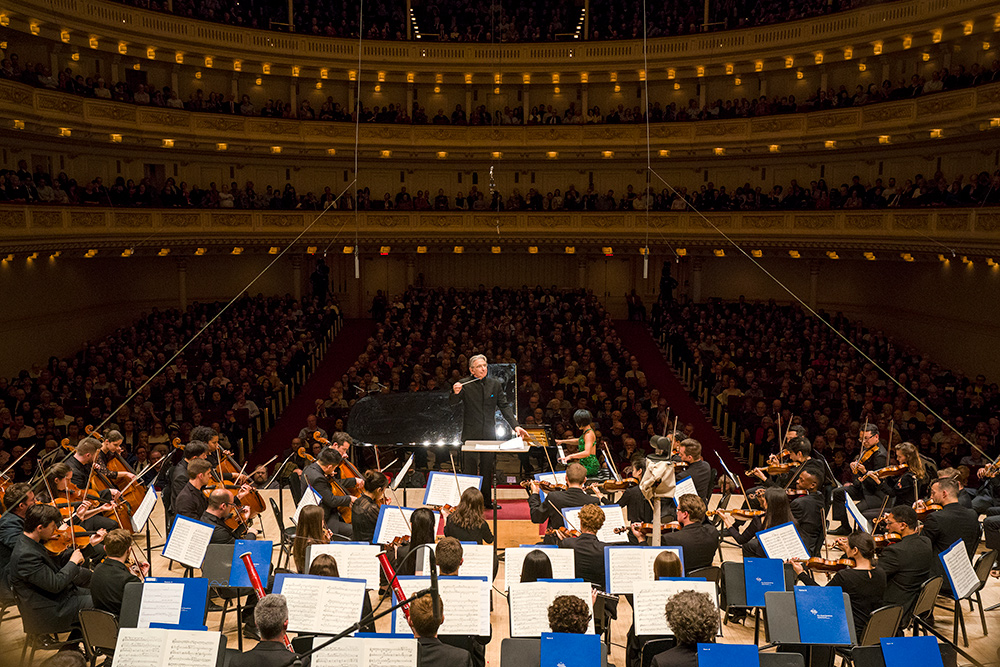 This May, Co-Founder and Artistic Director Michael Tilson Thomas led the New World Symphony in two performances at Carnegie Hall last month, to finish MTT’s Perspectives Series for the 2018-19 season.

For NWS’ fifth appearance at Carnegie, both performances were sold-out occasions. The first evening heard a new work by Julia Wolfe and Berlioz’s Symphonie Fantastique, and Yuja Wang joined the orchestra for Prokofiev’s Piano Concerto No. 5. The second evening spotlighted MTT’s compositions, including solo piano works performed by Ms. Wang, the NY premiere of his Four Preludes on Playthings of the Wind with soprano Measha Brueggergosman, and his string-orchestra edition of Schubert’s “Death and the Maiden” quartet.

Read more about MTT and the NWS at Carnegie here.