Back in the classical arena, McLaughlin conceived an ambitious guitar concerto, unveiling it with the Los Angeles Philharmonic in November 1985, but waited until 1988 to record it with his old colleagues Michael Tilson Thomas and the London Symphony Orchestra. The big difference between this and the music on Apocalypse is that McLaughlin dispenses with jazz and rock entirely, writing a neo-Romantic classical piece (lushly orchestrated again by Michael Gibbs) quite obviously modeled in style and sentiment after Joaquin Rodrigo's Concierto de Aranjuez. As such, it isn't nearly as important a statement as the bold pan-stylistic fusions of Apocalypse. But it is a notable personal achievement, for McLaughlin plays beautifully, and aside from a few awkward moments, the music's Spanish-tinged charms, especially in the first movement, grow richer upon further hearings. The rest of the CD is devoted to duos between McLaughlin and classical pianist Katia Labeque that speak volumes about intimacy and also heavy absorption in Keith Jarrett. 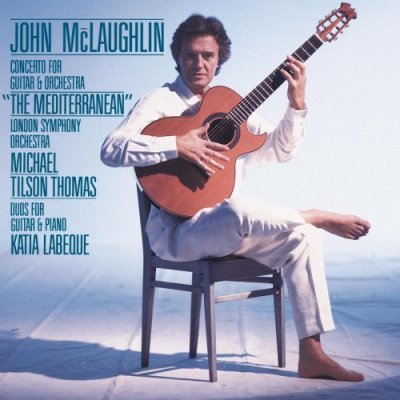