The Grammy Award-winning team of Michael Tilson Thomas and the San Francisco Symphony releases a premium edition two-disc recording of the complete symphonies of Robert Schumann, one of the most evocative composers of the Romantic era. Michael Tilson Thomas’ nuanced approach accentuates the tender, simple, and vulnerable side of Schumann’s symphonies, which MTT calls a “preserve for endangered emotions.” Recorded live, these performances were hailed by the San Francisco Chronicle as “taut, keenly shaped and marked by a richly dramatic sensibility.”

"Schumann's music is a preserve for endangered emotions: wistfulness, whimsy, ardency, longing...he moves between many sound worlds in these symphonies. I hope these performances suggest a different way of thinking about this repertoire, especially as it prioritizes the tender, simple, and vulnerable side of the music. Although the music is very personal, it feels universal. Schumann’s symphonies are about all of us." 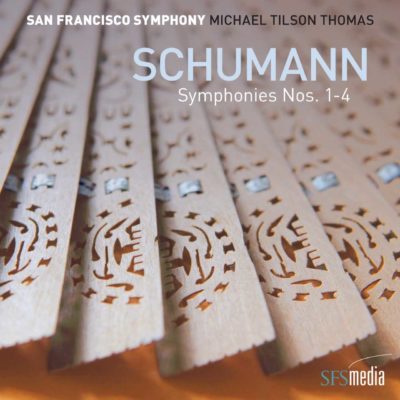