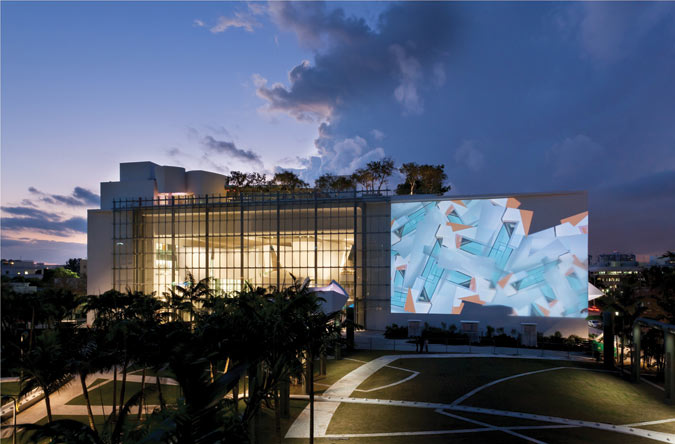 Next season with the New World Symphony, Michael Tilson Thomas leads America’s Orchestral Academy in performances that offer NWS Fellows the opportunity to work with many of today’s greatest living composers; to collaborate on multi-media projects with fellow artists from different genres; and the chance to learn from and perform with leading guest conductors and soloists. Highlights of Michael Tilson Thomas’s 2014-15 performance season with the New World Symphony include concerts at Carnegie Hall and the Kennedy Center with violinist Anne-Sophie Mutter, world premieres of works by Michael Gordon and New Voices composer Ted Hearne, and a gala celebrating MTT’s 70th birthday.

The New World Symphony’s 2014-15 season opens on October 11 and 12 with performances conducted by Michael Tilson Thomas featuring cellist Tamás Varga as soloist in Monn/Schoenberg’s Cello Concerto. The October 11 performance will be a WALLCAST™ concert. Also on the program for both concerts are Stravinsky’s Scherzo à la russe and Symphony in C.  The program finale, Antheil’s A Jazz Symphony, will be accompanied by a video work projected on the sails of the New World Center.

On January 30 and 31, Michael Tilson Thomas will lead the NWS in the world premiere of a new work by American post-minimalist composer Michael Gordon (co-founder of the Bang on a Can Festival) with film projections by American filmmaker Bill Morrison. Also on the program is a new work by the 2014-15 New Voices composer Ted Hearne. Now in its third season, New Voices is an annual collaborative commissioning project between NWS, the San Francisco Symphony and music publisher Boosey & Hawkes that helps develop the professional careers of emerging composers in the Americas.

On February 7, NWS will celebrate the 70th birthday of  Michael Tilson Thomas. The gala event will be conducted by MTT with additional guest artists to be announced.

On February 15 legendary American baritone Thomas Hampson will perform a vocal recital with the New World Symphony Fellows led by Michael Tilson Thomas and will also appear as soloist in John Adams’ elegiac setting of the Walt Whitman poem The Wound-Dresser.

The New World Symphony returns to Carnegie Hall on April 28 with music that spans Biedermeier Vienna to 20th-century Switzerland. The evening, conducted by Michael Tilson Thomas, will feature German violinist Anne-Sophie Mutter performing with the NWS. The program will include Schubert’s Incidental Music from Rosamunde, Berg’s Violin Concerto, the New York premiere of Norbet Moret’s En rêve, and Debussy’s La Mer. The next evening on April 29 at the Kennedy Center, NWS will repeat their Carnegie Hall program with MTT and Mutter.