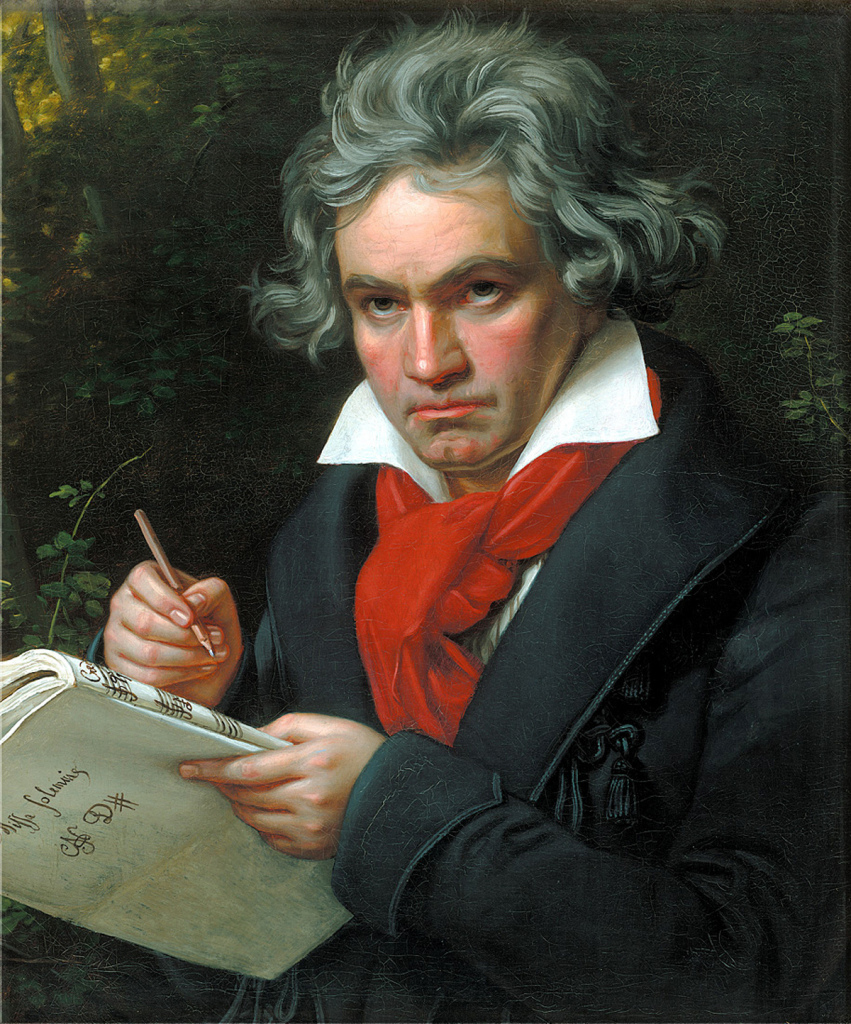 Music Director Michael Tilson Thomas and the San Francisco Symphony conclude their 20th season together with a three-week Beethoven Festival, June 10-28 at Davies Symphony Hall. Each of the concert weeks focuses on a major hallmark of the composer’s career: the Missa solemnis in a new semi-staged production, June 10-13; concert performances of Beethoven’s opera Fidelio, with a cast featuring soprano Nina Stemme, June 25-26 and 28; and a recreation of the four-hour 1808 Vienna Theater an der Wien marathon concert that introduced the world to five of the composer’s masterpieces, Symphonies Nos. 5 and 6, Fantasy in G minor, Ah! perfido, the Kyrie, Gloria, and Sanctus from Mass in C major, and the Choral Fantasy.

​The Beethoven Festival opens June 10-13 with new semi-staged performances of Missa solemnis. The original staging for this production was created by MTT and co-commissioned by the San Francisco Symphony and Los Angeles Philharmonic. “Beethoven’s most challenging piece remains Missa solemnis,” MTT says of the work. “It can loom like a forbidding monolith over performer and audience alike. This is a pity because Beethoven considered it one of his supreme creations—his spiritual guidebook on which he worked for over four years. With so many people doing so many things at the same time and place, it can be difficult to follow the music’s many strands.” Of the semi-staged production that he designed, MTT explains, “The mission of this performance is to create more space around the music allowing us to better follow the streams of Beethoven’s thought. By strategically placing specific vocal groups, using lighting to suggest underlying moods, and video to create environments and to suggest the design of the piece, we hope to reveal these many musical streams and the incredible impact of this work.” The production is directed by James Darrah, with lighting design by David Finn and video design by Finn Ross. The soloists for Missa solemnis are soprano Joélle Harvey, mezzo-soprano Sasha Cooke (Jun 10-11 and 13), mezzo-soprano Julie Boulianne (June 12), tenor Brandon Jovanovich, and bass-baritone Shenyang.

The second week of performances are centered around a June 20 reenactment of Beethoven’s December 1808 marathon performance at the Theater an der Wien in Vienna, which saw the world premieres of his Fifth and Sixth Symphonies, his Fourth Piano Concerto, and the Choral Fantasy, along with performances of several other works. MTT and the SF Symphony recreate this marathon on June 20 in an evening divided into two concerts. The first half includes Beethoven’s Symphony No. 6, Pastoral, the concert aria Ah! perfido with soprano Karita Mattila, the Kyrie and Gloria from Mass in C major, and Piano Concerto No. 4 in G major with Jonathan Biss. The second half of the marathon consists of Symphony No. 5 in C minor, the Sanctus from Mass in C major, Fantasy in G minor with Jonathan Biss, and the Choral Fantasy.

Works from the Beethoven Marathon are also performed in programs June 17-19. The concerts on June 17 and 19 feature Beethoven’s Symphony No. 6, “Pastoral,” Piano Concerto No. 4 with Jonathan Biss, Ah! perfido with Mattila, along with the Overture of The Creatures of Prometheus. The June 18 concert includes Symphony No. 5, Sanctus from Mass in C major, Fantasy in G minor with Biss, and the Choral Fantasy.

The Beethoven Festival concludes with MTT leading the SFS and SF Symphony Chorus in concert performances of Beethoven’s opera Fidelio, June 25-26 and 28. These performances feature soprano Nina Stemme as Leonore.